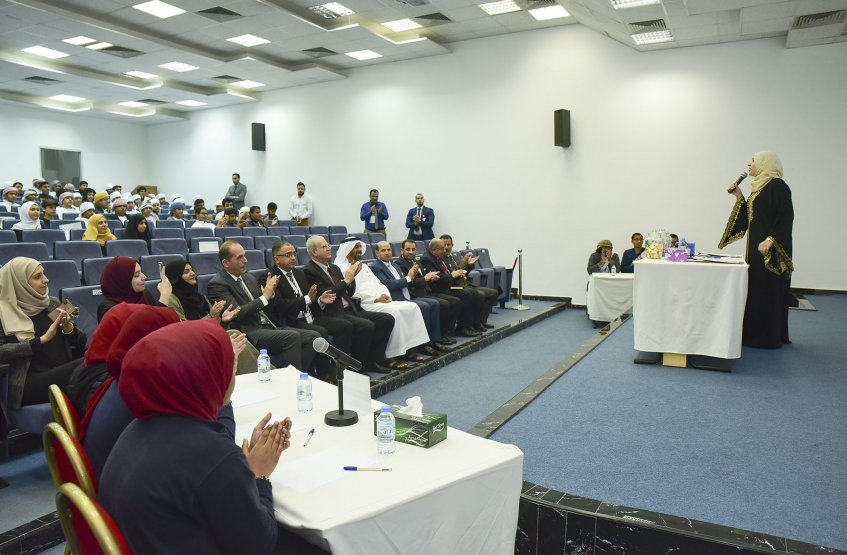 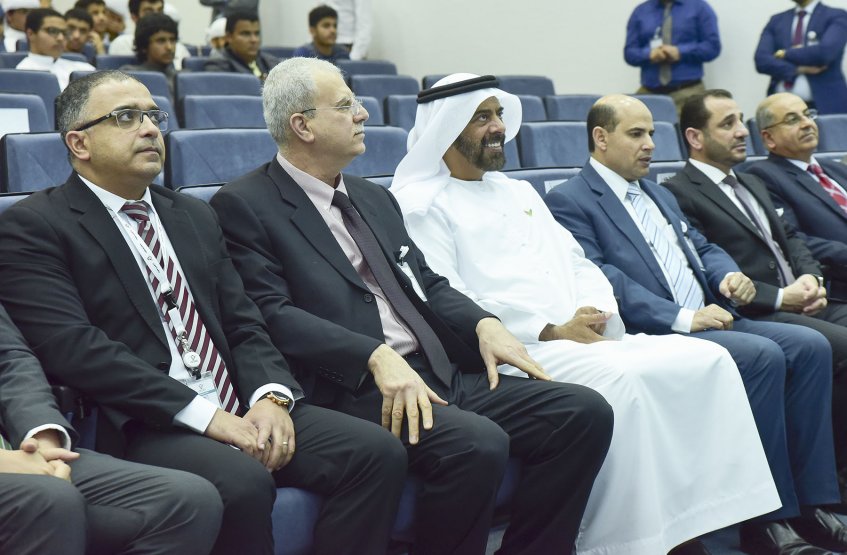 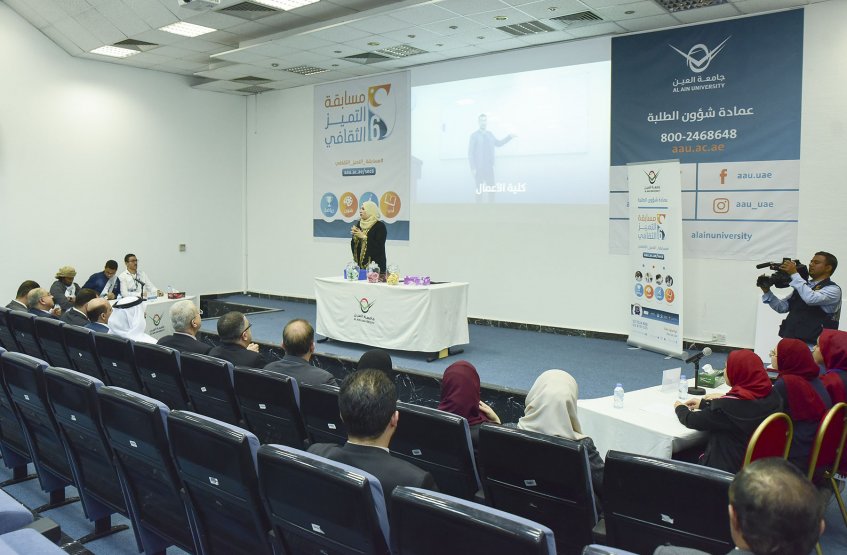 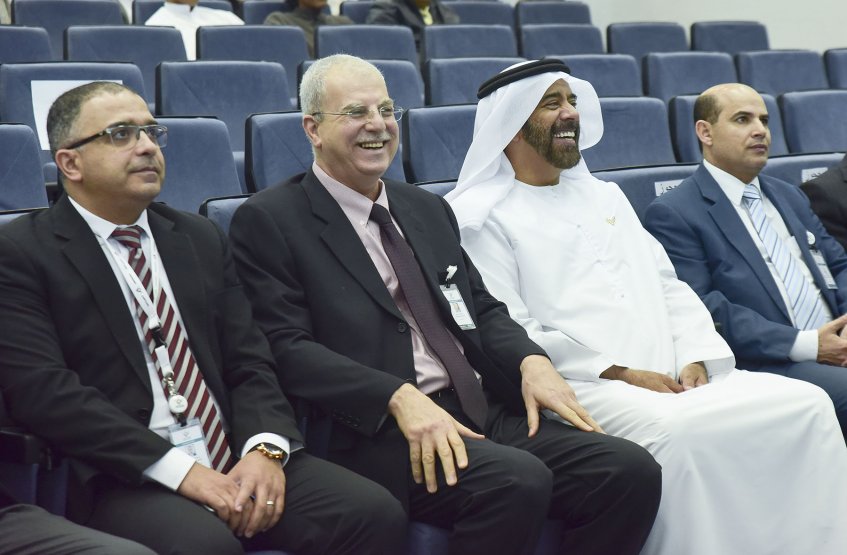 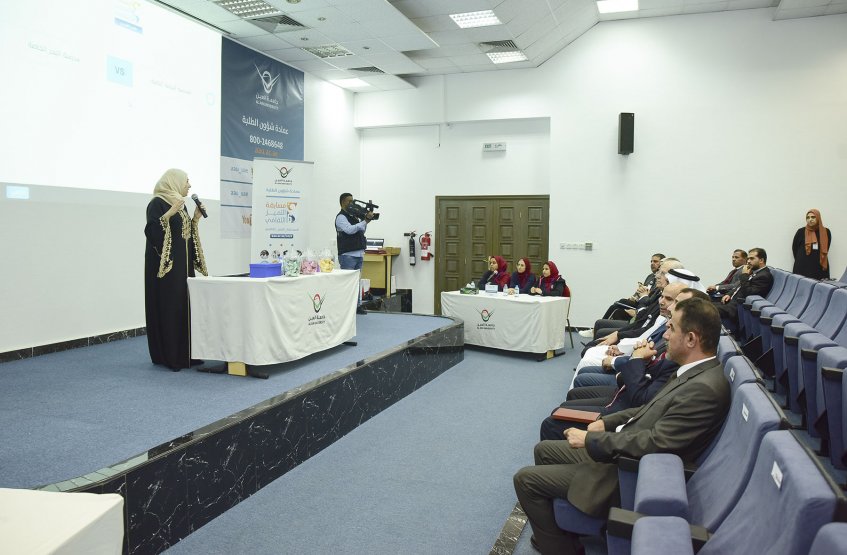 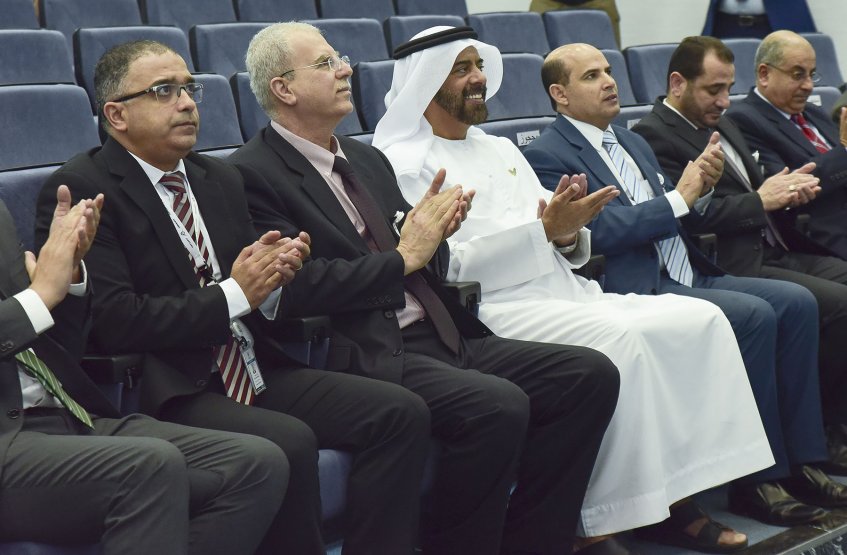 In the presence of Sheikh Salem Balrkad Al Ameri and Prof. Ghaleb El Refae, AAU President, Al Ain University, Al Ain campus, concluded the Sixth season of the “Scientific Excellence Competition”, by crowning the International Private School in the first place, Al Yahar Private School in the second place and Emirates National Schools in the third place. Financial prizes and certificates were handed during the closing ceremony of the competition.

The competition was organized by the Deanship of Student Affairs over two weeks, with the participation of approximately 20 schools. The idea of the competition is to compete among the selected teams from each school by asking a variety of questions in literature, science, arts and technology. Accordingly, the winning teams will be filtered for the finals, eventually determining the winners of the three first places, where, the university has awarded valuable prizes to the winning schools. The aim of this competition is to support the outstanding students and the dissemination of culture and creativity.

Sheikh Balrkad provided his special thanks to Al Ain University for organizing such competitions which promote the student’s knowledge, he also praised the university’s role in supporting its students and contributing positively to the community.

The AAU President, said that Al Ain University was and still sponsors the talented ones and works in motivating them, since the mission of the university aims to encourage the spirit of competition, challenges, and the determination of the students who represent the real addition to the sciences and knowledge.

For her part, Dr. Ibtehal Aburezeq, Dean of Student Affairs, was pleased to host the students from different schools. She added that organizing these kind of competitions significantly contributes to the development of the students' personalities as well as their mental abilities and cultural thoughts, as well as encouraging them to seek scientific interest.

It is worth to mention that; the competitions are still continuing between the participating schools  at the Abu Dhabi campus until the next week.